A Love Letter to the Firefighters of Glace Bay

On Saturday night around 6 pm our power started flickering. We assumed it was the storm so I went through the usual steps:

1. complain about not knowing where the flashlight is;

3. download some episodes of The Office on Netflix; and

4. charge all the devices.

We had heard a few sirens but, honestly, those don’t even register for me anymore (what up, Baltimore). After a while, the economist yelled to me to look through the window of our front entrance. What I saw were HUGE flames and a crowd gathering in the street.

The building on fire on Commercial st. in Glace Bay was just steps away from our own home. The fire department was already diligently at work extinguishing the massive flames. We could feel the intense heat of the fire and wondered if it was contained or if we would need to grab the kitties and hightail it out. Many cars were attempting to leave in both directions but the firefighters’ hose was already snaking down the road, preventing any sort of vehicle traffic.

We stood and watched for a while as the firefighters worked attentively and witnessed an explosion (that didn’t seem to cause additional alarm).

The firefighters were so patient with the crowd of spectators who had come to watch the blaze. (Seriously, the street was lined with people!). They had to assert their authority on a few vehicles that threatened to interfere with the hose — I was so shocked at the number of vehicle attempting to drive around the scene — but otherwise maintained their focus on the task at hand.

Within a couple of hours the scene was more smoke than fire, though the building was no more. We watched as it collapsed in on itself. I could hear the excavators working on the scene late into the night after the crowds had cleared and the rest of us were nestled safely in our beds.

I’d like to express my most sincere gratitude to the firefighters and first responders who ensured that the fire was quickly contained and did not spread to any of the nearby homes, including my own. Thank you for all you do!

P.S. View the news coverage of the fires via CBC and CTV. View some of the live video I captured here and here.

Dear Stranger, Acquaintance, Co-Worker of my Partner, or Overly-Familiar Caterer, It’s that magical time of year where we come together…

A Love Letter to Preserve ~ A BlogJam Atlantic Retreat

Dear Preserve Retreat, Yes, I know the new name is a bit of a mouthful…but I prefer to think of…

A Love Letter to Women who Swim

Dear Women who Swim, I’ve spent so much of my life in a pool or on its deck. Some of…

A Love Letter to Podcamp Halifax

Dear Podcamp, It has been so many Januaries now, that I’ve come to anticipate your glowing presence. Although I was… 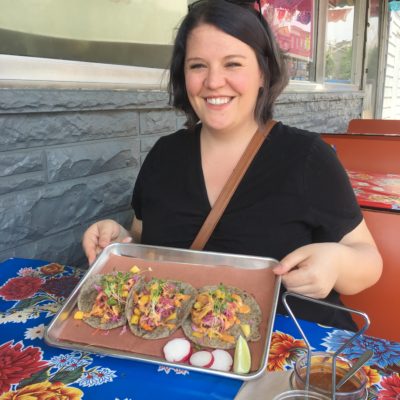 Obsessed with vintage aesthetic. Thrilled by thrifting. Seeking every story. Building a life on Cape Breton Island. Eating it all up. And blogging it all down.

Do you want a love letter?

Living my Best Life 🏖 Step one: jump off the d

🧼Laundry Obsession🧼 . 🧺 When I saw that l

“Vieni qui a Nonno” . I can literally hear him

🔧DIY SNEAK PEEK 🔨 . I picked out this dream

When you get to live where people holiday. #gratef

🎶 Reunited [at a distance] and it feels so good

Do you love to hike? It has long been one of my ve

🏆VINTAGE GIVEAWAY🏆 . I’m on a mission to m

You guys. That’s my vintage deviled egg plate on

This weekend I’m organizing EVERYTHING. 🌊Even